A Space Mystery Tied Up in a Bow 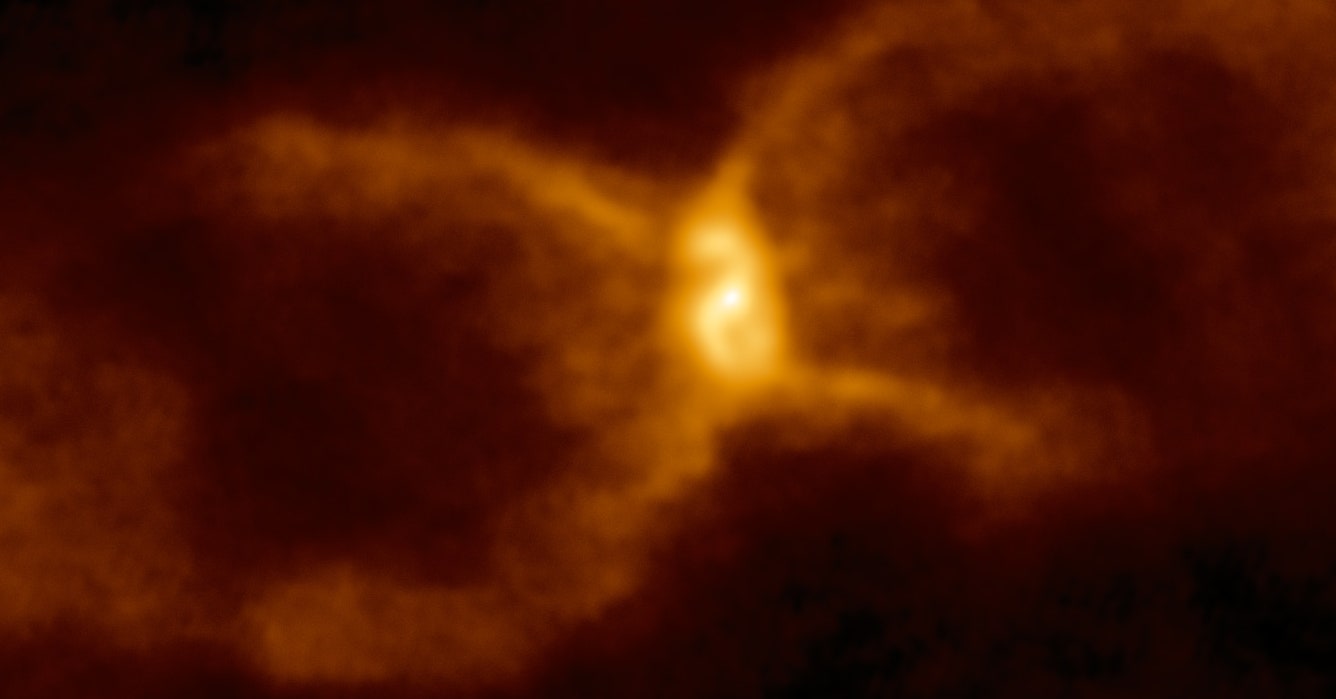 In 1670 an astronomer discovered a strange-shaped cloud in the sky. Upon further study over the next centuries, astronomers came around to the idea that CK Vulpeculae is the result of two stars colliding, although what types of stars crashed, they can’t say.

This massive cluster of galaxies, captured by the European Space Agency’s XMM-Newton space observatory, emits hot gases that glow purple in x-ray light. The galaxy cluster, called XLSSC006, contains hundreds of galaxies and dark matter, so much so that everything in it adds up to around 500 trillion solar masses. And this snapshot is of a bygone time; the image shows what XLSSC006 looked like when the 14 billion-year-old universe was but 9 billion years old.

Globular cluster NGC 1898 resides near the center of a dwarf galaxy called the Large Magellanic Cloud. It is of great interest to astronomers studying star formation because it is so close—a mere 163,000 light years away. Clusters like these—dense grouping of stars bound by gravity—date back to the early days of the universe, and they contain several hundred thousand, and sometimes millions, of stars.

While all terrestrial eyes were on Hurricane Michael, an astronaut aboard the International Space Station captured the storm from above on October 10, before Michael made landfall in Florida. The eye itself is calm enough that you can see down to the waters of the Gulf of Mexico, while the winds swirling around the center peaked at 155 miles per hour.

Every week, we look forward to gazing at new darkish, square-shaped images filled with striated light, shiny streams of gas, and a colorful assortment of galaxies. This image is more subdued. This skyward shot is from the European Space Agency’s Digitized Sky Survey 2, which is mapping the heavens using the European Southern Observatory. It’s remarkable for the amount of space it shows, that abundance of emptiness between all the astral bodies.

You are not seeing things, there aren’t a dozen space stations, just one. And in this composite photo, the International Space Station, the size of an NFL football field, appears almost like a gnat crawling across the face of the Sun. Many astrophotographers are skilled at capturing the ISS as it transits objects like the Sun and moon, and it’s something that takes great planning—they have to follow an object that is orbiting Earth at 18,000 miles an hour. That’s 5 miles per second!