Climate Change Will Not Make Us Nicer 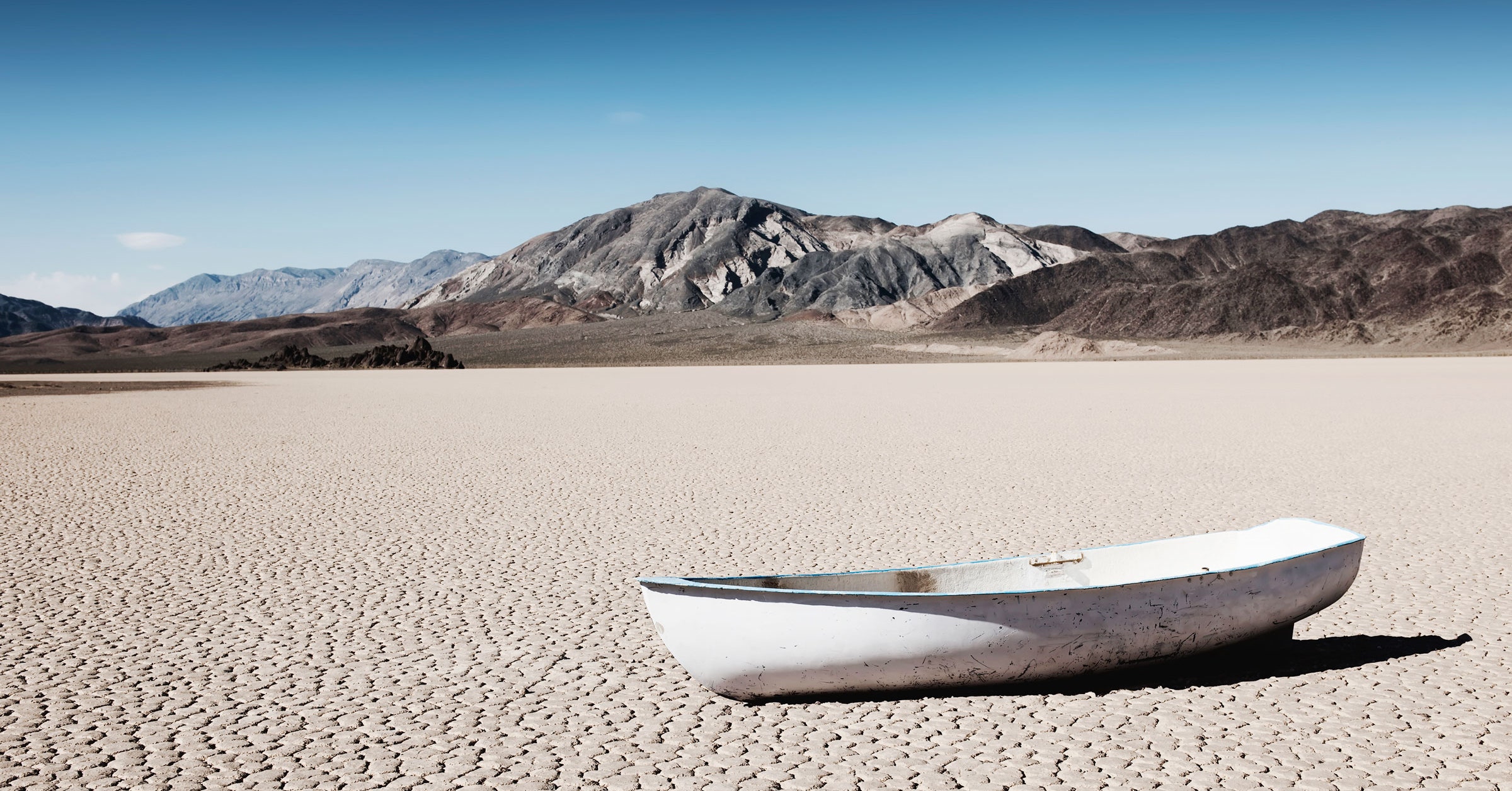 This story originally appeared on CityLab and is part of the Climate Desk collaboration.

In 1748, the French philosopher Montesquieu published The Spirit of the Laws, a survey of political systems that argued for the separation of powers and citizens’ rights to due process. It was quickly translated into multiple languages, and Montesquieu’s ideas about liberty had a strong influence on the framers of the American Constitution.

In the book, after discussing taxes and before considering slavery, Montesquieu set out a theory that climate differences help to shape human societies. Based on pre-modern medicine, Montesquieu believed that cold air constricts the body’s “fibers” and increases blood flow, while warm air relaxes those same fibers. “People are therefore more vigorous in cold climates,” he wrote. “This superiority of strength must produce various effects; for instance, a greater boldness, that is, more courage; a greater sense of superiority… .”

More than two centuries after Montesquieu, the notion that climate molds character is getting some support from modern science. A report published in November in the journal Nature Human Behaviour claimed that ambient temperature (that is, the temperature of the surrounding environment) is a “crucial” factor associated with an individual’s personality. The paper—by a team of psychologists based in China, Australia, the United Kingdom, and the United States—found that, compared to people who grew up in areas with more extreme temperatures,

individuals who grew up in regions with more clement temperatures (that is, closer to 22°C) scored higher on personality factors related to socialization and stability (agreeableness, conscientiousness, and emotional stability) and personal growth and plasticity (extraversion and openness to experience).

The report concluded that as global climate change continues, “we may also observe concomitant changes in human personality,” with the caveat that the extent of such changes “await[s] future investigation.”

Why would the outdoor temperature influence our personalities? The hypothesis seems almost too simple: In comfortably warm weather, we are more likely to go outside, where we encounter other people and engage in a wider range of activities. But in cold or very hot weather, we tend to stay indoors, where our social interactions and activities are more limited.

“It’s kind of an intuitive finding,” acknowledged Jason Rentfrow, a social psychologist at Cambridge University and one of the authors of the report. “But I think the reality is that only recently, with the advent of the internet and academic researchers’ reliance on it as a method for gathering large amounts of data, were we able to begin to empirically examine some of these ideas.”

To arrive at this conclusion, the researchers ran two separate studies assessing the personalities of subjects in China and the United States. In the first one, 5,587 university students from across China completed a personality survey online. In the second, 1,660,638 Americans filled out a survey in return for a customized personality evaluation.

They also collected meteorological data on the 59 home cities of the Chinese participants and, in the US study, for the 12,449 ZIP codes where participants had grown up. After controlling for age, gender, population density, GDP per capita, and other factors—even humidity and wind speed—they found a “robust” connection between enjoying a balmy hometown temperature in childhood and being more agreeable and extraverted as an adult.

Brad Bushman, a social psychologist at Ohio State University who was not involved in the study, called it “a significant contribution to the literature” in an email.

“The fact that the basic findings replicate in two different countries”—one collectivist and the other individualistic—“is impressive,” he wrote. “The theoretical [rationale] for predicting personality differences is convincing.”

Rentfrow has spent much of his career investigating geographic differences in personality (sometimes in collaboration with CityLab’s Richard Florida). In a 2013 report, after collecting data from 1.5 million people in 48 states, Rentfrow and his co-authors wrote that they had observed a strong geographic clustering of people with similar personalities within the United States.

They drew a psychological map of the US with three distinct—but not always geographically contiguous—regions: “Friendly and Conservative,” stretching from the Great Plains to the Deep South; “Relaxed and Creative,” comprising the West Coast, the Rockies, and parts of the Eastern seaboard; and “Temperamental and Uninhibited,” in New England, the Mid-Atlantic, and, interestingly, Texas. No one who’s seen a New Yorker chew out a stranger on the street would be surprised by that last one, but fewer of us associate the state of barbecue and rodeos with mercurial tempers. (“Sometimes the stereotypes do hold up with data, sometimes not so much,” Rentfrow said.)

The recent study in Nature Human Behaviour is in the same genre, but has a narrower focus. The connection it makes between an ideally pleasant temperature (22 degrees Celsius, or 72 degrees Fahrenheit) and a pleasant disposition has a neat symmetry to it, which is probably one reason it has generated a considerable amount of press, much of it with an upbeat spin.

“Perhaps, in this warming world, we will all become a little more agreeable and a little more open,” wrote The Washington Post’s Angela Fritz when summarizing the findings. A public relations firm touted the study before Valentine’s Day with the headline, “Climate Change Could Explain the Personality of Your Significant Other.”

It’s tantalizing to think that climate change could smooth out our personal rough spots, or that rising temperatures will gradually turn gruff New Englanders into laid-back Californians. But don’t count on it. Rentfrow is careful to qualify the report’s prediction of possible personality impacts. “Any changes that might happen as a result of climate change would probably end up being over generations,” he said. And perhaps more significantly, “not all places are going to become warmer,” he added. “Some places will experience harsher winters, while others get hotter and drier.”

This is why Bushman finds the implications of the research not at all cheery, but “frightening.” He wrote in an email, “As climate change makes temperatures more extreme, people should become less sociable.” His own research predicts that global warming will increase crime, on the theory that living at lower temperatures, with more seasonal variation, requires groups to focus on the future and exercise more self-control, which in turn inhibits aggression and violence.

Not every social scientist is convinced that the link between climate and personality is so dramatic. And there is reason to be cautious about reading too much into it. Montesquieu, you’ll recall, argued that cold weather made people more vigorous. The corollary was the exact opposite: That hot weather made them listless and passive.

“The heat of the climate may be so excessive as to deprive the body of all vigor and strength,” Montesquieu wrote. “Then the faintness is communicated to the mind: there is no curiosity, no enterprise, no generosity of sentiment; the inclinations are all passive.” Referring to India, he noted that “the inhabitants … have much greater need than the European nations of a wise legislator” because of their heat-induced torpor.

The belief that people raised in hot climates were lazy, and generally inferior to inhabitants of cold climates, spread throughout the West. It was deployed to help justify colonial rule in Africa and chattel slavery in America. To be clear, research that finds a correlation between friendliness and balmy temperatures is a far cry from scientific racism. But the possibility of “climate determinism” being used for destructive ends has not gone away.

Andrew Mathews, an environmental anthropologist at the University of California, Santa Cruz, expressed skepticism about some of the recent study’s assumptions. He pointed out that China and the US are big countries, and each is culturally diverse. So it’s possible that cultural differences may underlie some of the personality differences recorded. And a “psychophysiological comfort optimum” of precisely 22 Celsius or 72 Fahrenheit is too narrow, he said.

“We are animals, and we do have a physiological response to temperature, but we change our behavior and our clothing in order to respond to our environment,” said Mathews. “We have a rather broader range of comfort zones than this [optimum] seems to imply.”

Ultimately, he argued, the question of how average temperatures affect people who stay in one place is not as interesting—or as relevant—as how people respond to changes in their climate. “Within a particular society,” he said, “it’s pretty clear that the differences in responses to climate change are where the real political questions are.”

In other words, as climate change makes weather less predictable and resources scarcer, knowing how people respond to a climatic average will not get us very far.

In a different report published last year, the American Psychological Association and two environmental nonprofits outlined the effects of climate change on mental health. Those effects are both acute (stress and distress in response to pollution or an extreme weather event, such as a storm or flood) and chronic (a sense of loss amid changes to one’s home, or a feeling of having lost control).

One of this report’s contributors, psychologist Ashlee Cunsolo, has studied Canada’s Inuit communities as they cope with melting sea ice. For them, less ice means less opportunity to hunt and fish, which threatens their self-worth and food security. Cunsolo wrote that community members report emotions of sadness, fear, anxiety, distress, and frustration due to the changes in their environment, describing those changes as “devastating,” “scary,” and “depressing.”

The Inuit are now on the front lines of a warming world, but before long, even the agreeable, extraverted folks in more temperate zones will find it impossible to ignore. Climate change, then, is more than a mood booster or anger trigger: It’s “a real transformation in society and culture,” Mathews warns. “The future is going to be radically strange.”