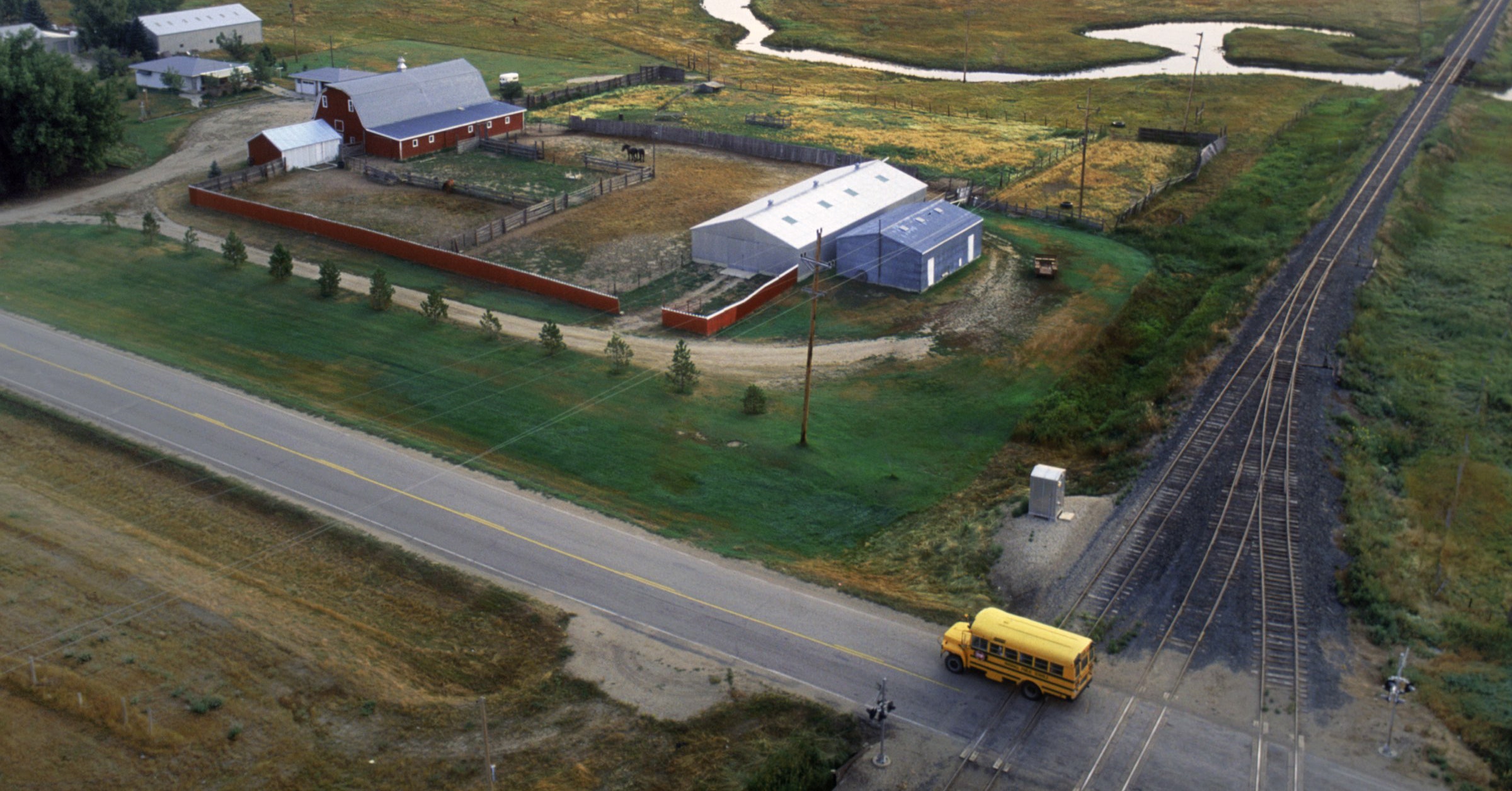 Woodman School is a tiny, whitewashed schoolhouse lodged in a remote clearing in Montana’s Lolo National Forest. It has a total of 35 students, and in January, all of them got the same assignment: Write a letter to local lawmakers explaining why you want internet access at school.

“If we had internet, we could do tests at our own school and not have to get bussed to Lolo and take tests on their computers,” scrawled one Woodman third grader on a sheet of looseleaf.

“We as a school are behind in our education,” wrote a seventh grade student. “It takes half an hour to load a document.”

Their teachers completed the assignment, too, describing their classroom shelves filled with unused Chromebooks and hours spent at the library checking out books for student research projects. Only about three Woodman students can access Google at a time, thanks to the overloaded and dilapidated DSL line that currently serves the school and all of its neighbors within 10 miles. Safety’s a concern too, given the entire area is a cellular dead zone. “The lack of bandwidth is affecting how I teach, but most of all it is affecting my students’ learning,” wrote one teacher named Jill Wilson. “They are frustrated and know that they don’t have the technology promised to them by our country.”

For the students at Woodman, it’s not supposed to be this way. Last summer, Montana Governor Steve Bullock visited the school to announce $2 million in state funding that he said would “close the connectivity gap” at schools like theirs. Woodman’s technology director, Jeff Crews, worked with CenturyLink, the only internet service provider in the area, to submit a request for federal funding under the so-called E-rate program, which is supposed to subsidize broadband expansion for schools.

Nearly a year later, the students of Woodman are still waiting, after being denied funding by the organization that administers E-rate. “It’s insane that we’re in 2018, but we have internet speeds that, I kid you not, are around modem speeds,” Crews says.

The Woodman School is hardly alone. Under the Trump administration, rural schools requesting funding for broadband expansion have faced record delays and denials, according to the non-profit EducationSuperHighway, which works to get schools connected to the internet. By their count, more than 60 eligible fiber projects have been unfairly denied since 2017, a rate that EducationSuperHighway CEO Evan Marwell says has spiked dramatically from years prior. Meanwhile, more than 30 schools have been waiting about a year for approval. On average, they currently wait 240 days for an answer. That’s despite state governments having put up $200 million in funds to supplement broadband expansion projects. “The table is set, and what we’ve run into is a bunch of red tape,” says Marwell.

The current issues with E-rate stem from a 2014 order that aimed to modernize the program, which has been in place since the Clinton administration. The order set aside additional funding for expanding broadband connectivity in schools, and shifted focus away from legacy systems like subsidized phone service. As part of this transition, the Universal Service Administrative Company—an offshoot of the Federal Communications Commission that oversees E-Rate—also began offering to pay upfront for “special construction” costs involved in building new fiber channels to extremely rural schools like Woodman. On top of that, it offered to match the money that states put up to pay for construction. With these two subsidies combined, a school like Woodman was looking at a 90 percent discount on brand new fiber internet service.

But because USAC now fronts more of the costs, it’s also more cautious about how that money gets spent. “One of the overriding themes you’ve seen from the Trump FCC has been eliminating waste, fraud, and abuse above all else,” says Marwell. That was FCC chairman Ajit Pai’s justification for proposing new restrictions on the Lifeline program, which supplies internet service to poor families.

Now, USAC asks E-rate applicants detailed questions about the precise cost of each fiber construction project, the route the fiber would take to get to the school, and other specifics that the small schools asking for these funds have struggled to answer. Often, the problems preventing students from getting online prove to be blandly bureaucratic.

One of many issues Woodman has faced: USAC will only pay for the fiber that the school uses. It stands to reason that the government wouldn’t want to subsidize an internet service provider’s broader business. But it’s also economically unfeasible for CenturyLink to build an entire fiber network for just one school, without picking up other customers in the area. And yet, in the application process, there’s no easy way for CenturyLink to distinguish between the cost of providing fiber to Woodman and the cost of building out the larger network. “This is a frustrating issue for both applicants and service providers alike, including CenturyLink,” said company spokesperson Linda Johnson.

Pai has himself acknowledged problems with the E-rate program. Last April, he wrote a letter to then-USAC CEO Chris Henderson, pointing out what Pai described as “serious flaws in USAC’s administration of the E-Rate program.” Henderson resigned just a month later, and has since been replaced by Department of Agriculture veteran Radha Sekar.

“Chairman Pai believes that the E-rate program is critically important to closing the digital divide for the nation’s students, particularly in rural areas,” an FCC spokesperson told WIRED. “The Chairman has directed the Universal Service Administrative Company to take steps to make the processing of all E-rate applications—including, but not limited to, fiber applications—more efficient.”

But a year since that letter was written, experts say issues with E-rate have hit an all time low. “This is the worst I think I’ve ever seen; it’s absolutely appalling,” says one industry source with decades of experience with the program.

Eric Chambers, a director of E-rate services for the Northwest Council for Computer Education, has consulted dozens of schools—including Woodman—on how to secure E-rate funding for 15 years. Before the modernization changes, Chambers estimates he only had to appeal one denial every few years. Now, it’s more like eight per year. “Small districts without a consultant usually just give up on it. It’s more work than they get benefit back,” Chambers says. “No one should have to pay me to do this work.”

Across the country, red tape has blocked 750,000 students from access to high speed internet, according to EducationSuperHighway. In Montana alone, 45,000 students live with limited connectivity. “I visited Woodman School and know that the need is there,” said Governor Bullock in a statement to WIRED. “Red tape stands in the way of closing the gap for more than 45,000 Montana students who are still without access to the high-speed internet they need to take advantage of digital learning.”

Woodman School is now appealing USAC’s denial of the school’s 2017 application. The overall cost of the project was estimated at around $980,000, 90 percent of which would have been covered by federal and state funds. According to Crews, the remaining $98,000 seemed manageable, even for a small school like Woodman. If the appeal fails, Crews says Woodman will likely look into satellite internet options, which are far slower and less reliable than fiber and run up against data usage caps each month. “Not the best solution,” Crews says, “but better than what we have now.”

Until then, the students and teachers at Woodman will continue to wait for something that the rest of the country takes for granted.

Getting the Broadband Together