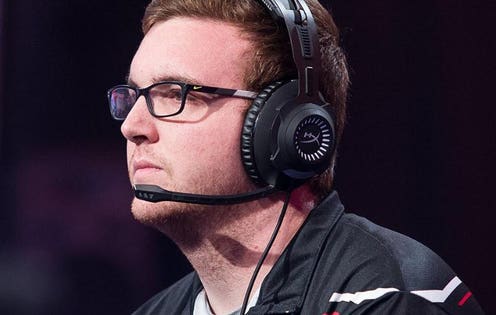 Week 4 of the NBA 2K League regular season had its share of close and exciting games. When the dust settled, the best and most consistent continued to shine as the league heads into “The Turn,” the first of its mid-season tournaments.

Wizards District Gaming finally put together a full 24-minute effort en route to the week’s biggest upset while Blazer5 Gaming remained unbeaten in the regular season. Here is a look at the results from Week 4:

In the final game on Friday night, Mavs Gaming and Jazz Gaming battled it out in one of the most well-played contests of the season. Dimez usually gets the headlines, but in this game Ball Like Seem played like a first-round pick. His 25 points and refusal to accept the perceived limitations of his Pure Sharp archetype was the biggest factor.

In a losing effort, Jazz Gaming’s emerging star at center, Mr. Slaughter had another strong effort with 26 points, 15 rebounds and 2 blocks.

Blazer5 Play Their “B” Game And Still Win

As the NBA 2K League’s Larry Ridley said shortly after Blazer5’s close victory, the best teams win even when they don’t play their best games. That’s what we saw in Saturday’s final game from Blazer5. Taking on a freefalling Raptors Uprising squad, Blazer5 looked like a team playing to the level of its competition for most of the game.

Dat Boy Shotz, the best power forward in the NBA 2K League for my money, stayed the course. He came up with his customary double-double (26 points and 12 rebounds) while Walnut did his normal elite work on defense. However, with Blazer5 Gaming trailing by two points in the waning seconds it was 2-guard turned small forward Grant Monster who hit this clutch shot in the corner to force overtime.

Also, let’s not sleep on the amazing call from Cole:

Down 2, @Gbark2k drills the CLUTCH fadeaway for @blazer5gaming to beat the buzzer and sends us into OT!

This photo was taken seconds after @gbark2k hit the game-tying shot at the end of regulation. Ice. Cold. pic.twitter.com/dRUnDSYodJ

It looked like a three at first, but the replay clearly showed it was a two-point basket. I was expecting a huge reaction from Dirkk from the caster desk, but he went kind of silent during the play and in the first few minutes of the overtime. There may have been a technical difficulty, but it didn’t kill the moment.

The league does need to explore adding some time in between the fourth quarter and overtime to allow the casters and the audience to absorb what can be a hectic final few seconds of regulation, but it was still a memorable moment in the league’s short history.

76ers GC Back On Track

After dropping their first game of the regular season last week against Raptors Uprising, Radiant and 76ers GC came out and made a statement at Kings Guard Gaming’s expense. Radiant finished with 21 points, 13 assists and 3 steals. 76ers GC forced 14 KGG turnovers and enjoyed a 28-18 advantage on the glass. In fact, Steez (20 rebounds) out-rebounded the entire KGG squad. That’s a significant accomplishment considering he was battling Colt and Mootyy the entire game.

WDG Put it All Together

One of the most underachieving teams in the league has been WDG. They have plus talent at almost every position, but have been unable to finish games–until Saturday. Behind a balanced scoring attack led by Boo Painter’s 20, WDG handed Pistons GT a 25-point defeat. It was their first loss of the regular season and the widest point differential of the weekend.

This is how good WDG can be when they play under control. They only had four turnovers the entire game. When they play that way, they can beat any team in the league.

After missing Week 3 action and having Dirkk take his place at the caster desk with Scott Cole, Phil Visu returned, but he was moved upstairs with Larry Ridley. As it turns out, Wisu was much stronger in this role and he seemed prepared to offer more impacting analysis.

This should be the permanent arrangement moving forward.

Do NBA 2K League Managers Feel Compelled To Play Everyone On Their Roster?

More and more we’re seeing teams make curious changes to their lineups. This makes sense for the struggling squads, but on Saturday, we saw Cowboy Collazo go to the bench for KGG and Lavish Phenom for Blazer5. Are team managers feeling obligated to play their sixth man? I don’t know, but Jomar wasn’t strong in place of Lavish on Saturday as he didn’t score until the last minute of the fourth quarter, and that was on a breakaway. He was also in Grant’s way as he attempted to set up for the shot that sent the game into overtime.

ColeWorld2K played strong in both of KGG’s games on Saturday, but it would be interesting to know why these moves were made.

For the fourth straight game, Cavs Legion GC’s Hood did not play. The six-point loss to Bucks Gaming on Saturday was the first loss for the team during that time.

During an offensive explosion in the preseason tournament, Hood began to emerge as one of the league’s brightest stars, but he’s been out tending to a personal issue. I reached out to Cavs Legion GC for an update on his status. They released this official statement:

“Brandon Caicedo (Hood) has been excused from the team, with the team’s support and encouragement, in order to address a personal matter. There is currently no timetable for his return to the team and play. Updates on his status will be provided as they become appropriate.”

On May 28, Hood gave fans an update on his status:

I just want to let everyone know I’m doing much better. I appreciate all the support and love I’ve gotten from so many of you. I look forward to getting back on the virtual court soon. Got to work on Brandon before anything. I hope you all understand.

Hopefully, we’ll get some sort of update or news on his return to the virtual court in the near future.

I love to see the NBA 2K League players building their brands and showing off their personality. Bucks Gaming’s King Peroxide’s handwritten message for the cameras is a perfect way to use his platform and the in-studio resources to make a name for himself.

The little things are the difference between being a star with endorsement opportunities and another player in the league who might be talented but doesn’t stand out. It also helps when you go for 30 points and help your team end a losing streak.

Heading into the Turn

The league’s first midseason tournament starts Friday. Here is a look at the seedings after Week 4.

Players of the Week