← Sentiment Speaks: This Is It For Gold
Meituan-Dianping files for Hong Kong IPO; aims to raise over $4 billion: sources → 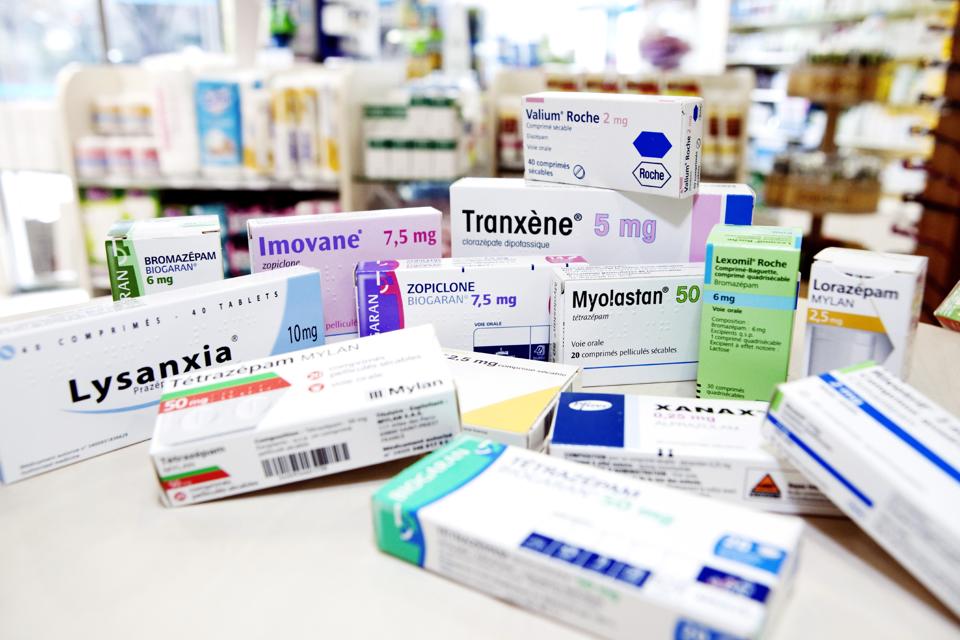 (Photo by: BSIP/UIG via Getty Images)

Opioid overdoses continue to increase, accounting for nearly two-thirds of all overdose deaths in the US, but a high percentage of those overdoses also include other drugs. A new study shows that the combination of opioids with one common class of drugs in particular is especially risky in the first 90 days of concurrent use. Those drugs are benzodiazepines (often called “benzos”), the class that includes alprazolam (Xanax), diazepam (Valium), and clonazepam (Klonopin), meds frequently prescribed to alleviate anxiety.

The study examined data from more than 71,000 Medicare Part D beneficiaries to find out how simultaneous use of opioids and benzos influence overdose risk over time. Patients were divided based on whether they had only taken opioids prior to overdose or had a supply of both opioids and a benzo drug. For those in the group with a supply of both, the researchers subdivided by the cumulative number of days they’d taken an opioid with a benzo.

“Patients who must be prescribed both an opioid and a benzodiazepine should be closely monitored by health care professionals due to an increased risk for overdose, particularly in the early days of this medication regimen,” said lead study author Inmaculada Hernandez, Pharm.D., Ph.D., assistant professor at the Univeristy of Pittsburgh School of Pharmacy, in a press statement.

The researchers adjusted the results to account for a range of demographic factors and clinical factors, including the number of clinicians that prescribed the drugs. The adjustment revealed that risk increased with the number of clinicians involved — the more clinicians prescribing drugs to any given patient, the greater the risk of overdose. The researchers think this result points to lack of communication between doctors treating the same patient.

“These findings demonstrate that fragmented care plays a role in the inappropriate use of opioids, and having multiple prescribers who are not in communication increases the risk for overdose,” said senior study author Yuting Zhang, Ph.D., of the University of Pittsburgh Graduate School of Public Health.

The risk of combining opioids and benzos has been studied extensively, with alarms sounded by multiple public health groups and government agencies, including the US FDA and Centers for Disease Control and Prevention. The FDA released an emphatic warning earlier this year, citing risk of respiratory depression when taking both drugs because both are potent central nervous system depressants.

Respiratory depression occurs when breathing becomes slow and erratic and the body can’t adequately remove carbon dioxide. In the case of overdose, breathing can completely stop, leading to respiratory arrest and potentially death.

A 2017 study found that among more than 315,000 privately insured patients, the number that were prescribed both an opioid and a benzo increased 80% from 2001 to 2013. Similar to the latest study, that study also found a significant increase in overdoses among patients taking both drugs.

The latest study was published in JAMA Network Open.